An overview of the Over-representation Report within Crash Query.

Written by Greg Olsen
Updated over a week ago

The over-representation report displays all of the metrics contained within the Query, broken into a number of columns. The first column, labeled Filtered displays the geographic region that was identified through the Geo Filter in the Query (either a city, county, or district/region - if configured for your organization). The next column(s) will represent the same metrics for the county, district and/or state in which the filtered geographic region resides.

In the example below, a city has been selected using the City (Geo) filter. The Filtered column contains the metrics for the filtered city. The next two columns, County and State represent the county of the selected city, and the statewide totals for each metric. The metrics are depicted as a percentage of total crashes, allowing for a meaningful comparison across different sized regions. 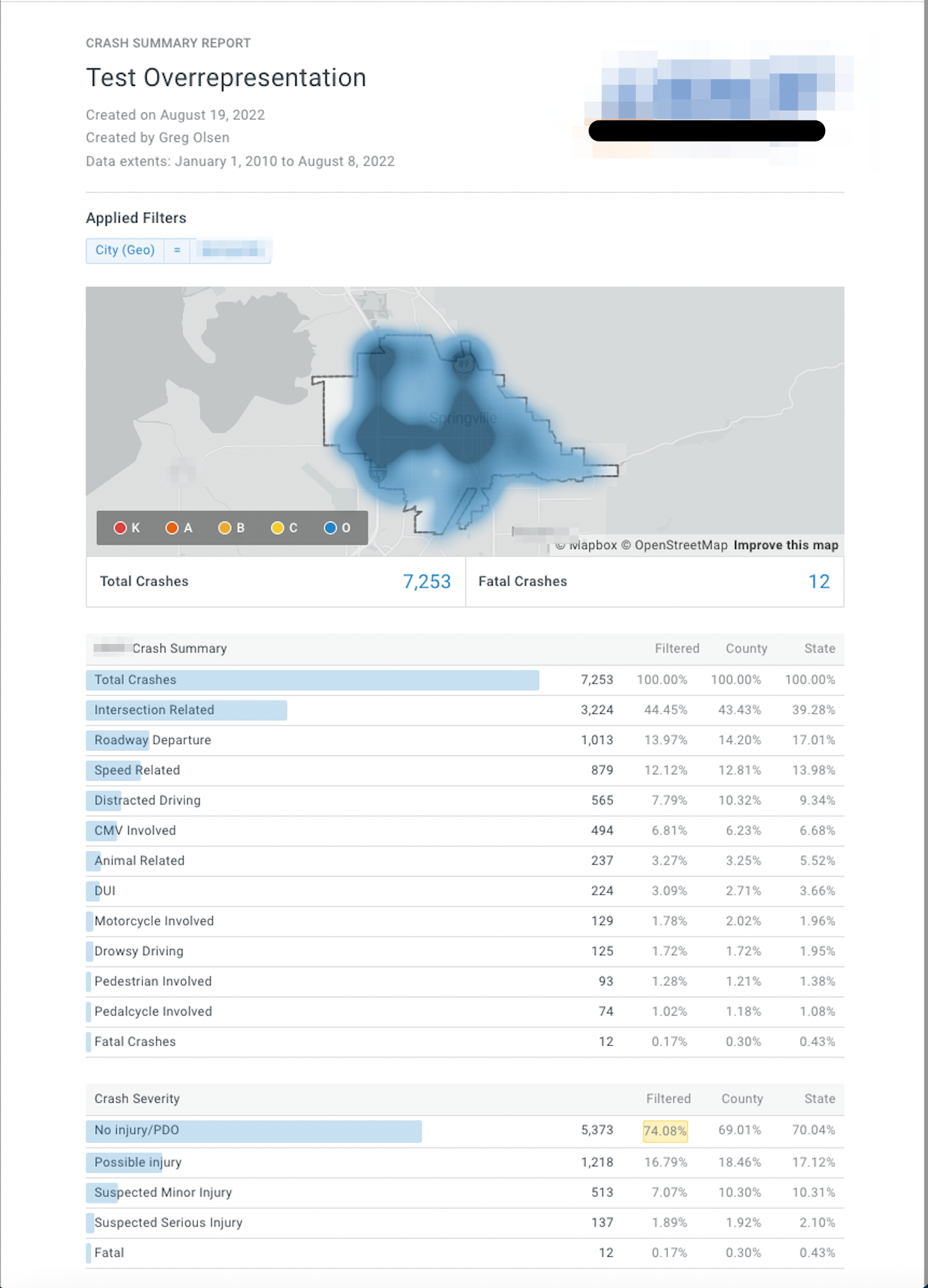 Over-representation reports highlight key differences in metrics between geographic regions. Any change of +/- 5% or 2x a given metric between geographic regions will be highlighted by the over-representation report. In the example below, Straight Horizontal Alignment crashes account for 68.47% of total crashes, compared to the county, which only experiences 42.64% of the same crash type. Because the number of Straight crashes is greater than 5% larger than the next lowest value, it has been highlighted. Additionally, the county has a significantly larger percentage of Unknown Horizontal Alignment crashes than the selected city, and the state - so it has been highlighted as well.

How to Generate an Over-representation Report

To generate an Over-representation report, follow the steps outlined below:

Did this answer your question?